Back to Article:
Parallel Universe:Composite Troubles in Aircraft

As the rudder fallen from Air Transat flight 961 is not found, these photos and illustrations will give us some idea what it may look like. 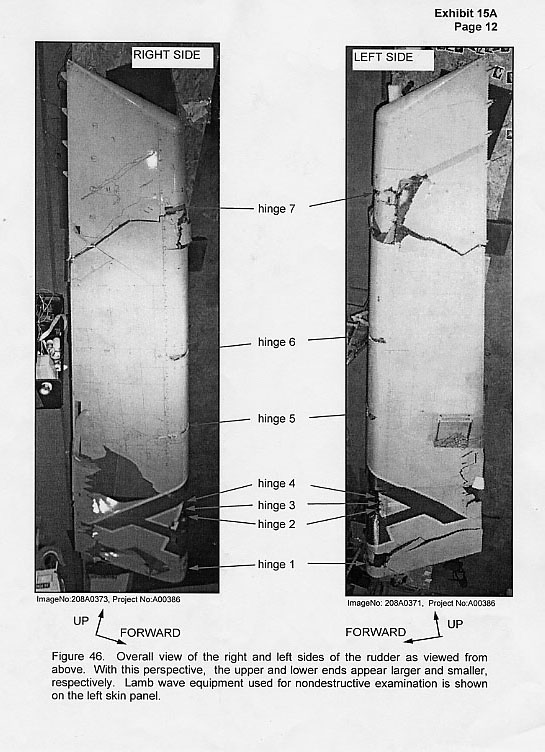 Recovered rudder. They were broken up in pieces. (NTSB Docket No SA-522 Exhibit No. 15-A)

Illustration of the rudder showing nature of damages. 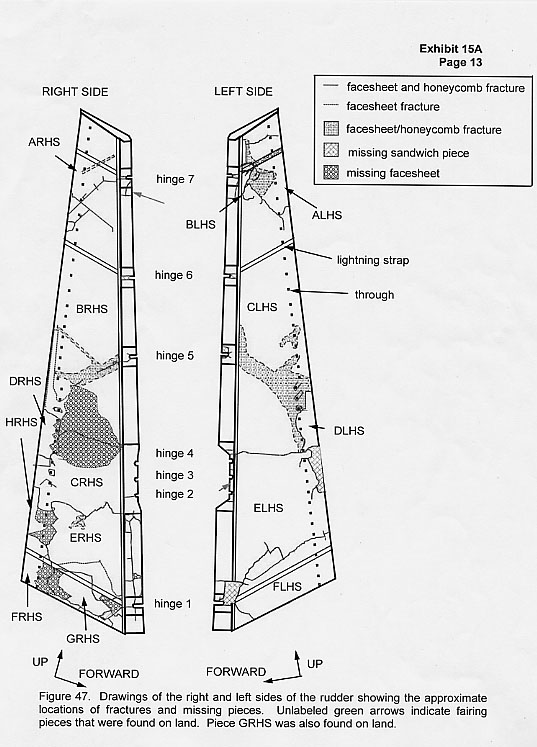 The photo in the first page bottom corresponds to the piece named "BRHS" in the illustration.(NTSB Docket No SA-522 Exhibit No. 15-A)

In the examination bay, you will see the vertical stabilizer basically intact, with the coupons and some of the lugs removed. You will see a section of the empennage to which the stabilizer was attached. And you will see the rudder, broken in several pieces. I believe we are making good progress in determining the sequence of the break-up and separation of the rudder, al thought we won't have conclusive results for some time.

We have not seen the following report. NTSB final report says that the rudder was intact when vertical stabilizer snapped.

Back to Article Parallel Universe:Composite Troubles in Aircraft